I have been reading. And I feel I owe readers of the blog some reviews. I am Keeping It Short and Sweet (well, not on all the books I've read). If it isn't sweet at all, I'll try to be as Substantial as possible.

Title: The Cry of the Icemark
Author: Stuart Hill
What it's about: Thirrin Lindensheild, heir to the throne of the Icemark, is set to battle the ruthless general of the Polypontian Empire. She gathers allies, men and monsters, to rally a victory for her people. Alongside Thirrin is Oskan, son of the Whitewitch who wields magic in the battle field and Maggiore Totus who lends logic to decisions in tactics of war. 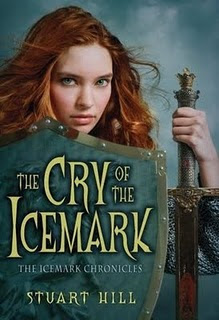 It's an exciting and engaging read. Hill tends to romanticize war and does not allow the lead protagonist to suffer much. When Thirrin's father King died, she was given everything she needs to win the war against a brutal enemy. It's Cinderella all over again and she gets what she wants. Good thing though that this Cinderella kicks butt!

Title: Beastly
Author: Alex Flinn
A modern retelling of Beauty and the Beast with the lead male protagonist, Kyle Kingsbury narrating. Kyle is a young, rich kid whose absentee father sends him away when he turned beastly and was looked after a blind tutor and housemaid who happens to know more about house cleaning. Linda, the beauty, enters Kyle's life to break the spell freeing him from it. 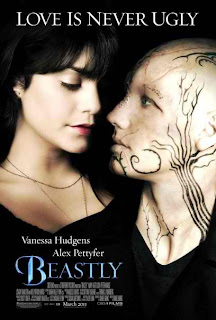 The strength of the novel lies in the plot. The way events were sequenced make up for poor characterization. Kyle is one dimensional. His transformation from person to beast and back again did little to really change him. He is still a brat who got what he wanted. Linda, though described as smart and sensitive, is pretty boring. It bothers me that Kyle's father neglected his teenage son. Thanks to Will, the blind tutor and Magda, the housemaid for filling the gap left out by Kyle's father.

Title: The Cellist of Sarajevo
Author: Steven Galloway
One day, in May (1992) in Sarajevo,  a bomb fell in the city killing 22 people who were buying bread. A cellist played for those who died as his memorial and eulogy. This is the backdrop that Galloway used to tell the story of four people who struggled to survive during that dark decade known in modern history as the Siege of Sarajevo. 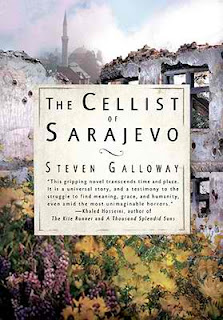 I love the book. It's tempered and written with restraint making it a powerful narrative. Four lives -- a baker, a sniper, a father and the cellist -- intertwine to depict the hard realities of war among civilians who are always the victim. Many books on struggle and conflict romanticize war but in this novel, nothing is romantic about it. Among the four, it is the cellist and the father who touched me on many levels. I fear for my family if war ever happens in this country. I laud the cellist for his courage in turning his art and music into tools of subversion. The human spirit endures in times of war and conflict but the cost is high.

It's Twilight all over again except that, there is no rich vampire clan but werewolves. A pack of them. It's a trilogy that begins with seventeen year old Grace being bitten by a wolf and she, being saved by Sam in his wolf form. More biting and wolf-human-wolf-human transformations occur in the next books. 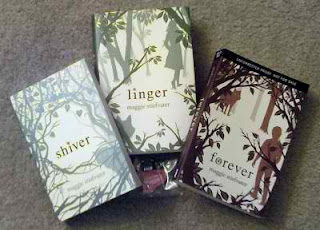 Shiver and Linger made me give up reading paranormal romance books. The saving grace is Stiefvater's lyrical use of language. But even that won't make me finish Linger or start on Forever.

Odd, small and crippled, saved the day for many Vikings who had to endure a very long winter. Thanks to the help of Loki, Odin and Thor, he defeated the Frost Giants by sheer cunning and a bit of luck. 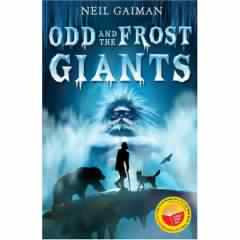 Classic Gaiman. He pulled out another old folktale, broke it apart and created something new yet, warmly familiar story. Not his best work but it is endearing and sincere at the same time.

Thoughts in action by Zarah C. Gagatiga at Thursday, September 01, 2011