Dr. Strange and the Marvelous Michelle Yeoh (2 of 2)

The very idea of a multiverse is fascinating. Imagine that versions of yourself are scattered out there in different universes living another reality that is different from yours yet somehow, a thread binds you with your many selves. It makes me think that life can be forever. I have been toying with that idea of immortality. Strangely enough, I feel comforted by just thinking about it.
This is how the Daniels presented Evelyn's experience of the multiverse in Everything Everywhere All At Once (EEAO). They have kept this canon, I think, if I go as far back into the many uses of the multiverse in comic books, literature, TV series and movies.
If Dr. Strange and Scarlet Witch sought to fight evil and reconcile or defeat their own demons in the multiverse, Evelyn's journey into and out of the multiverse was one of acceptance and redemption. What makes her journey illumiating is the use of intertextuality as storytelling. The Daniels borrowed scences, clips, ideas and concepts from many revered works of cinema, layered these into a narrative that perfectly depicts the many facets and possibilities of life and death in the multiverse as seen in Evelyn's story.
Michelle Yeoh delivers a powerful performance. She is very consistent at essaying the premise of the many realities but one common thread of the multiverse across universes. Her interactions with her father, daughter and husband in whatever universe is delivered with such depth and nuance. At one point in the movie where Evelyn cast a look of longing at Waymond, I wanted to shout, "Oh, I feel you, Evelyn! I do!"
The rest of the cast is fantastic too! Jamie Lee Curtis. Ke Huy Quan. Stephanie Hsu and James Hong are all excellent in conveying the complexity of the multiverse. In the end, amidst the struggles in one's personal life and the goal of saving the entire universe, whoever we are and whatever we do one constant thing remains according to Waymond, Evelyn's husband.
Be kind - which is not an easy thing to do but it is an essential component of human evolution. And for this, EEAO is a gem. It is a movie I didn't think I needed.
DSMM - 4/5 stars
EEAO - 5/5 stars
Thoughts in action by Zarah C. Gagatiga at Thursday, June 30, 2022 No comments:

Dr. Strange and the Marvelous Michelle Yeoh (1 of 2) 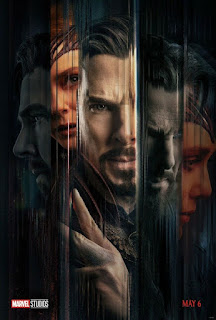 So I have seen two movies that made use of the multiverse as a key element in the narrative, Dr. Strange in the Multiverse of Madness (Sam Raimi, 2022) and Everything Everywhere All At Once (Daniels, 2022). I enjoyed watching both movies and, like Yet to Come and Run BTS, each serve a purpose and intent of its own.
The allure of DSMM rests on the storyline of its lead character, Dr. Strange who, like any of the Marvel heroes after the rapture, is adjusting and easing into a "new" life. In this universe (the one we know), Dr. Strange is the hero who fought Thanos along side the Avengers. He is still haunted by his failed relationship with Christine and dreams about a battle in a different realm.
When America Chavez jumped into his universe, with a space octopus running after her, Dr. Strange deep dived into the struggle with himself. In the multiverse, he met a few versions of himself who have all succumbed to the darker side of sorcery and magic. The Dr. Strange of universe 616 is the best hero of his many versions not because he refused to use the linits of magic and dabble in the darkness of sorcery but because he used them to defeat the lesser good.
And this is what I love about Marvel movies. It is unafraid to delve into the gray areas of life and galaxies big and small. It push its heroes to the ground making them dirty and pitiful. In the end, these imperfect heroes are all the more lovable, if not, easier to forgive. They are heroes who get to keep their humanity.
Even Scarlet Witch was for me, a character I empathize with. Grief is something we live with. Vizion's wise words still echo in this movie. Grief is love persevering, he said to Wanda in WandaVision. In DSMM, Wanda hangs on to the last palpable proof of her attachment with Vizion.
It drove her to madness.
Again, the movie begs its audience to think about desires; how atatchments can destroy the psyche; and that discernment is difficult because it requires indifference to what matters to us the most. When Dr. Strange told Christine, "I love you in all the multiverses" then went off to save an entire reality, it validates his mastery of light and the dark arts, also the knowledge of his own fallabilities.
Source of image: https://pin.it/156j6Ps
Thoughts in action by Zarah C. Gagatiga at Tuesday, June 28, 2022 No comments:

Email ThisBlogThis!Share to TwitterShare to FacebookShare to Pinterest
Labels: Dr. Strange Multiverse of Madness; Everything Everywhere All At Once, Marvel Movies

Thoughts in action by Zarah C. Gagatiga at Sunday, June 26, 2022 No comments: 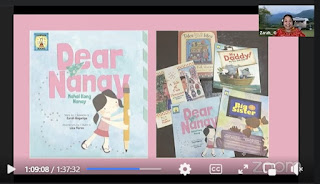 Once more, I had the honor and pleasure to be one with Paulinian EDGE "barkada" on their Finally Friday show. We had a good discussion on storytelling and the writing process. I enjoyed talking about my books of course, and giving tips to aspiring writers.
Below is the recorded video of the show.
You can also click the link to watch the video on Facebook.
Thoughts in action by Zarah C. Gagatiga at Friday, June 24, 2022 No comments: 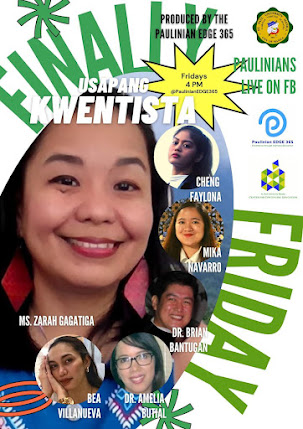 Thoughts in action by Zarah C. Gagatiga at Thursday, June 23, 2022 No comments:

Thoughts in action by Zarah C. Gagatiga at Saturday, June 18, 2022 No comments:

Email ThisBlogThis!Share to TwitterShare to FacebookShare to Pinterest
Labels: BTS and ARMY, Stationhead 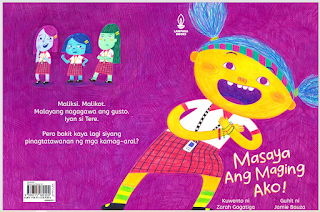 What do you know. Half the year is over and soon, it will be the "Ber" months. I am on break from school, which means work is at a pause (yes, my day job) and usually, it is in the summer where I can write more, engage in my advocacies and get back to hobbies that are therapeutic like pottery, collage making and crafts like paper art and cloth art.

All things considered, I am concentraiting on a writing project I signed up for an international publisher. I will be sharing bits and pieces of this project with you, dear readers. For now, here is a list of some good things "yet to come".

1. My Daddy, My One Only, Dear Nanay and Big Sister are in the public libraries of Canada. Super thank you to Mommy Dinah Acedillo-Clemente for sharing a video of Yanyan reading aloud Big Sister. Her video gave me the push to continue on with the R&D of the my new book project.

2. The STARS Series finally had its verdict from the Department of Education review and evaluation system. It looks like we will need a 180 degree rebranding of the series.

3. A textbook publisher is asking permission for the reprinting of My Daddy, My One and Only. 😁 I already gave them my go signal.

4. I am excited on the release of an anthology where I have a contribution of "letters". Last I heard, it will be launched in the summer. This summer. Damdum-dadum!

5. I accepted an invitation to judge a writing contest on Children's Story Writing. I get to read what young writers are writing about these days. I may be the judge for this competition but I learn from the stories or entries I read as well.

Like any season, summer is so quick to pass. Like everything else in life, we live in the now and celebrate victories big and small!

Thoughts in action by Zarah C. Gagatiga at Friday, June 17, 2022 No comments: