In keeping with a blogging tradition, here are monthly first posts from December 2011 to January 2011, along with first lines from each post.

December 2011 - Reading List for Teens: Just today I finished putting together a list of recommended reads for teens.

November 2011 - Picture Book Month: Picture books are for all ages!

September 2011 KISS Bookreview - I have been reading.

August 2011 Books for My Birtrhday - August is my birthday month.

July 2011 Lolo Jose: Nagbabasa, Binabasa - It is July and the PBBY will spearhead the celebration of National Children's Book Day on 19 July 2011.

June 2011 Filipino Librarian: Jocelyn Ladlad - While in Baguio for a conference last month, I was billeted in a cottage located at Teachers Camp.

May 2011 Repairing and Restoring the Noli and the El Fili - The Germans! They are here!

March 2011 On the Wings of Literacy - Been riding on the wings of literacy the past few weeks and here are some pics to share with you!

February 2011 Loving Books and Libraries in the Time of ICT - January is done.

January 2011 The Games We Play: RPG Metanoia Movie Review - You know you've seen a good movie when you talk about it with great interest hours after having watched it.
Thoughts in action by Zarah C. Gagatiga at Saturday, December 31, 2011 No comments: Links to this post

I am re-posting an opinionated comment by Rey Llenor on a post I did last 1 December 2010 on Reading as a RIGHT. I chose to respond but will wait for next year to post it up in the blog. For the meantime, read on and do comment if the spirit prompts you to!

I love libraries as much as I love reading. But, library for me is not just an enclave of reading materials. More so, reading is no longer a monopoly of print materials. You can do the same reading sense with the use of modern gadgets.

For me, the primary function of a library is an information center. What if, you could get the information you need at the comfort of your home? Years ago, it's possible if you can afford to buy an Encyclopaedia Britannica worth thousands of pesos. I myself dreamed of having a set in our home. Unfortunately, we couldn't afford to have even the cheapest one (a segunda-mano). I believed I'm not the only one who grew up without an encyclopedia at home.

But, time has changed. When I was tasked to handle Britannica Online division here in the Philippines, I introduced the Britannica Online Virtual Library Card (vCard). In itself a complete library with five major Britannica references, 840 e-Journals and e-Magazines, over 6,500 eBooks and Original Source documents, over 6,800 downloadable videos and animations and more at price that even an ordinary labourer can afford to pay for his family use (actually it cost just the same a two McDonald's meals),

So who said that we need to have "functional libraries" when we can afford to have one with the vCard?

In fact, my advocacy is against print materials. Imagine if you are to give a piece of book in every Filipino student of 17 million, how many trees are you going to cut down to create papers? For every ton of paper, you need to cut down 17 trees! We're experiencing the impact of it with the flooding of our country.

I maybe wrong with this thinking for print materials. But let's face it, an iPad or Kindle could handle thousands of ebooks or digital references which could save thousands of trees against printed ones. God bless us all!

Thoughts in action by Zarah C. Gagatiga at Friday, December 30, 2011 2 comments: Links to this post

Thoughts in action by Zarah C. Gagatiga at Saturday, December 24, 2011 No comments: Links to this post

Found some good ones via Tully News Info. 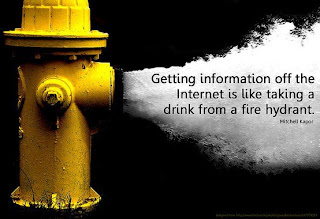 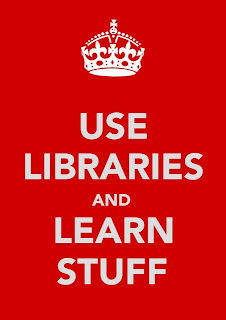 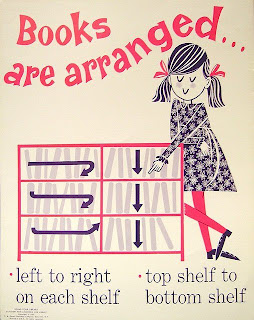 Thoughts in action by Zarah C. Gagatiga at Thursday, December 22, 2011 No comments: Links to this post 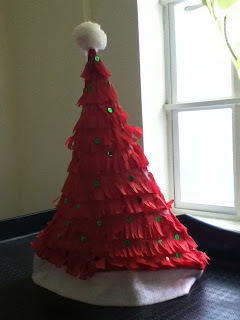 Thoughts in action by Zarah C. Gagatiga at Wednesday, December 21, 2011 No comments: Links to this post

The holiday season has been wicked! The blog's been sleeping for weeks. Here's a list of book reviews in brief. I have taken this from my list of recommended reads in the library. Hoping to blog more the coming days since school's out on Christmas break. 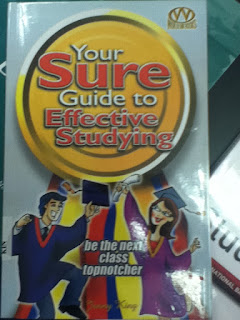 a. Your Guide to Effective Studying by Jenny King - King shares six steps to becoming a better student. She helps readers establish a focus at the start of the academic year -- setting goals and keeping track; following through and reflecting on progress, failures included. Time management, good nutrition and a stable support system are added to the list as strategies to keep in becoming a better learner.

b. Study Skills for the the International Baccalaureate by John Tomkinson - Comprehensive in scope and coverage, the readers will find the book useful in all aspect of studies under the IB umbrella. Tomkinson orients the student to imminent success and possible failure in academics. So he warns IB students: BEWARE! Surfing the web can be addictive. You may find yourself wasting valuable time following up irrelevant leads.

c. Study Skills in English by Michael Wallace - For teachers who teach university bound students and students who are SERIOUS at attending university, the book covers topics on reading varied academic texts; taking notes (yes, even with a laptop, this is an essential skill!); using library resources; taking part in discussions and managing time. Includes task assessment worksheets for teacher and student, assisting them in charting progress and otherwise.

Some websites worthy of your time on this topic --

For teachers and parents who wish to help and support their teenagers become independent learners, Kids Health discuss positive learning.

A document to download on tips and techniques on studying better.

We can teach our teens to think. We can teach them to study too!
Thoughts in action by Zarah C. Gagatiga at Tuesday, December 20, 2011 1 comment: Links to this post

The 2nd Asian Children's Museum Conference drums up the issue of climate change and its effect on children.

From the website of Museo Pambata -- Feb 2 to 4, 2012 Join our 2nd Asian Children's Museum Conference! Global warming has many causes and only one solution: YOU! Join us as we bring speakers from all around the world to discuss how we and our children can help Mother Earth in the fight against climate change. Visit www.museopambata.org/acmc for more details. Early bird rates apply until December!

Thoughts in action by Zarah C. Gagatiga at Wednesday, December 07, 2011 No comments: Links to this post

Last night was PBBY's Christmas Party at Nina Lim-Yuson's place. She's been hosting the parties since forever. And though I did not stay on, missing the raffle, gift exchanges, the paella, I got a lot of teasing from friends in the industry. 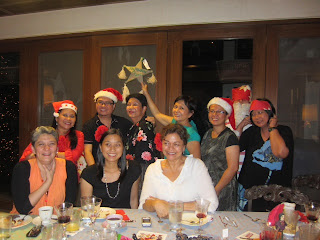 I think that's what made PBBY last this long. And we're counting! 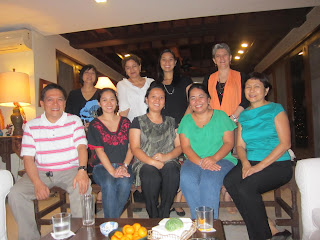 Thoughts in action by Zarah C. Gagatiga at Tuesday, December 06, 2011 No comments: Links to this post

The History of Social Media

How did social media Begin? Bit Rebels has an article and a graphic to illustrate its genesis. 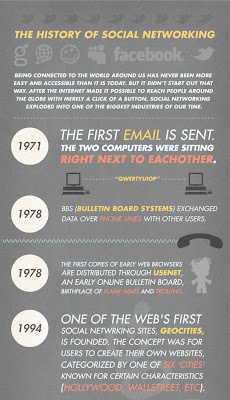 Thoughts in action by Zarah C. Gagatiga at Saturday, December 03, 2011 No comments: Links to this post

Just today I finished putting together a list of recommended reads for teens. It was fun! Here's what I culled out of the fiction collection -

1. The Astonishing Life of Octavian Nothing by MT Anderson
2. Names Will Never Hurt Me by Jaime Adoff
3. Psyche in a Dress by Frances Lia Block
4. The Martian Chronicles by Ray Bradbury
5. Once Upon a Time: Belle by Cameron Dokey
6. Rumble Fish by SE Hinton
7. Turtle’s Paradise by Jennifer Holm
8. A Wizard of Earthsea by Ursula K. LeGuin*
9. Where the Mountain Meets the Moon by Grace Lin
10. Slam! by Walter Dean Myers
11. Here Lies the Librarian by Richard Peck*
12. Freak the Mighty by Rodman Philbrick
13. Quiver by Stephanie Spinner*
14. Quicksilver by Stephanie Spinner
15. When You Reach Me by Rebecca Stead

16. Firebirds: An anthology of original fantasy and science fiction edited by Sharyn November
17. The Curious Case of Benjamin Button by F. Scott Fitzgerald
18. Wuthering Heights by Emily Bronte
19. Beastly by Alex Flinn
20. Along for the Ride by Sarah Dessen

1. To Kill a Mockingbird by Harper Lee*
2. The Heart of a Samurai by Margi Preus
3. Jacob Have I Loved by Katherine Patterson*
4. A Solitary Blue by Cynthia Voigt
5. The Bartimaeus Trilogy by Jonathan Stroud
6. Koyal Dark, Mango Sweet by Kashmira Sheth
7. The Secret Life of Bees by Sue Monk Kidd
8. Howl’s Moving Castle by Dianne Wynne Jones*
9. Spacer and Rat by Margaret Bechard
10. Green Witch by Alice Hoffman
11. Crank by Ellen Hopkins
12. Speak by Laura Halse Anderson
13. Zorro by Isabel Allende*
14. Pride and Prejudice by Jane Austen
15. Forever by Judy Blume

1. Snow Country by Yasunari Kawabata
2. Sula by Toni Morrison
3. Bel Canto by Ann Patchet*
4. The Enchantress of Florence by Salman Rushdie
5. The Joy Luck Club by Amy Tan
6. Like Water for Chocolate by Laura Esquivel*
7. A Farewell to Arms by Ernest Hemmingway
8. The Cellist of Sarajevo by Steven Galloway*
9. Love in the Time of Cholera by Gabriel Garcia Marquez
10. Siddharta by Herman Hesse
11. Fahrenheit 451 by Ray Bradbury*
12. Girl with a Pearl Earring by Tracy Chevalier
13. The Girl’s Guide to Hunting and Fishing by Melissa Bank
14. White Tiger by Aravind Adiga
15. 2001: A Space Oddysey by Arthur Clarke*

And some more...
16. A Beautiful Mind by Sylvia Nasar
17. The Heart is a Lonely Hunter by Carson Mc Cullers
18. Over a Thousand Hills I walk with You by Hanna Jansen
19. Atonement by Ian McEwan
20. The Jungle by Upton Sinclair

* Personaly recommended by the the librarian. 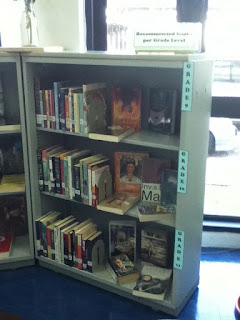 The sixty titles were pulled out from the shelves and placed in a different shelf that is more visible to students, teachers and other members of the learning community. My basis for selecting the titles are curriculum, students' interests as observed from their information behaviors and a general knowledge of the teens' developmental stage. While it's been fun preparing this, what excites me more is the feedback the library will be getting from its intended reader. If it works, then it can be carried on. If not, rethink and set new strategies for teens to continuously read.
Thoughts in action by Zarah C. Gagatiga at Friday, December 02, 2011 No comments: Links to this post