Super thanks to MJ Tumamac for translating the Filipino version of this interview to English! 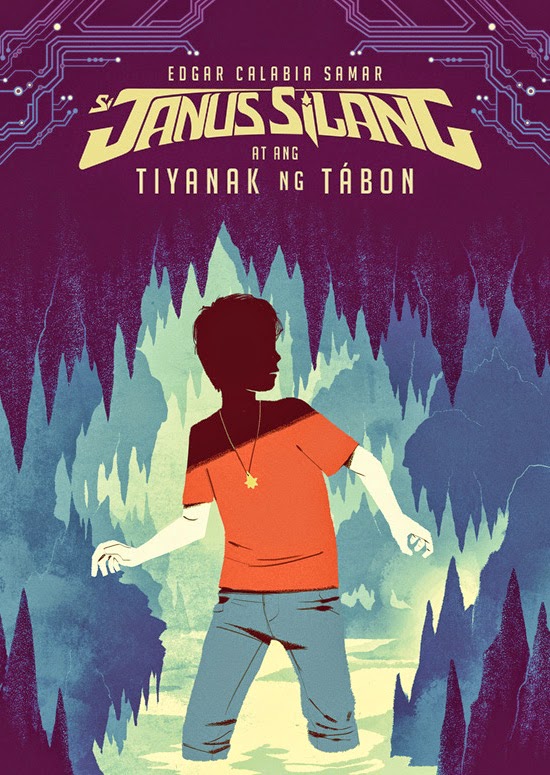 Why did you venture on writing for teens?

My first published work is actually a picture book entitled Uuwi na ang Nanay Kong si Darna! (Adarna House, 2002), with illustrations by Russell Molina. On one hand, creating Si Janus Silang at ang Tiyanak ng Tábon is my return to writing for younger readers because after [Uuwi na ang Nanay Kong si] Darna, I started publishing novels and poetry for older readers. The idea for Janus Sílang had been incubating in my mind for a long time but I did not have the opportunity to work on it until I got a RCW (Research & Creative Work) Faculty status in Ateneo [de Manila University], which coincided with last year’s invitation by Adarna House that I write a YA novel.

What is the biggest challenge you came across as a writer for teens?

I had a lot of things to consider, from the language register that I was going to employ up to the novels’ content. For a lot of times, I had to weigh between making a truthful voice for my characters as well as a realistic story flow, and its would-be impression to my teen readers. Should Janus be cursing or not? Would that be genuine for his character? How would the readers accept that? I think that teen readers of my novel would be able to relate to Janus’s character. The problem would arise maybe from some parents and teachers as they see literature as something young readers should imitate or something that directly influences them. I admire those teachers and parents who look at their students or children’s reading materials as an opportunity to discuss the issues that children are really experiencing. In the face of these challenges, I hope that parents and teachers would see in Janus Sílang the things that children can positively gain.

Who and what is your inspiration in creating Janus Silang?

I was also asked with this question in my previous interviews. The truth is I have long wanted to write a novel that I think the people I value would read and like, especially by my childhood friends I spent time with growing up in San Pablo. My personal challenge here was valuing simple storytelling. In my previous novels, like Walong Diwata ng Pagkahulog, the project of essaying is more dominant than narrating. For this book, I wanted to create a novel that would make my readers excited and ecstatic. I also wanted to be understood even by a regular teenager. If he reads my novel instead of playing DOTA even just for a few hours, I know that my time in writing this book is not wasted. After he reads the book, and while he waits for Book 2, he may play DOTA again.

What novel or poem you wish you had written?

A lot! For one, I envy David Mitchell’s Ghostwritten for it is one of the best debut novels I have read. On the other hand, I inherited from Kundera my fondness of essaying in my novels, and his The Unbearable Lightness of Being is I think the book I have read repeatedly the most. Among Filipino works, I am still amazed by Tony Perez’s Cubao Pagkagat ng Dilim. But I also know that every writer has his own world that cannot be penetrated by anyone except when being read. I cannot write like any one of the writers I admire. My own writing is actually recognition and exploration of a world I hope that is not similar with other writers.

What is next after Janus Sílang?

Wait for the next books in the Janus Sílang series. The second installment hopefully will come out this November and it is entitled Si Janus Sílang at ang Digmaang Manananggal-Mambabarang. I am also finishing for Adarna the book 101 Nilalang na Kagila-gilalas, an encyclopedia of creatures and characters of our own folklore. It might also come out this year, so wait for it! For now, I hope that a lot of teens would read Janus Sílang. It is now available this May in bookstores and it has a series of book launches also this month. Thanks a lot!