Once again, I was invited by librarian friends from De La Salle Zobel to do a storytelling and writing workshop with grade five students of the Enrique Zobel Elementary School and nine more neighbor schools in Calatagan, Batangas. I had the wonderful opportunity to meet eager learners who appear to be first timers in attending a writing workshop and a reading camp at that.

I started out with stories that afforded them engagement and participation. At first they were unsure if this was allowed. But after encouraging them to join me in the chanting and repetitive lines in the story, they were enjoying it. From there I jumped off to the idea that stories are everywhere. I followed this up by telling a story using Kamishibai, The Mother Cat. This is a true story that happened in New York in 1996. The kids' eyes were filled with wonder. The adults enjoyed the session too.

I then did a read aloud of my published story books. Of course, I did not forget to tell them that I was able to produce such books through team work and collaboration. I then moved to discuss how each of my story book came to be. So, it was like a story with in a story presentation. 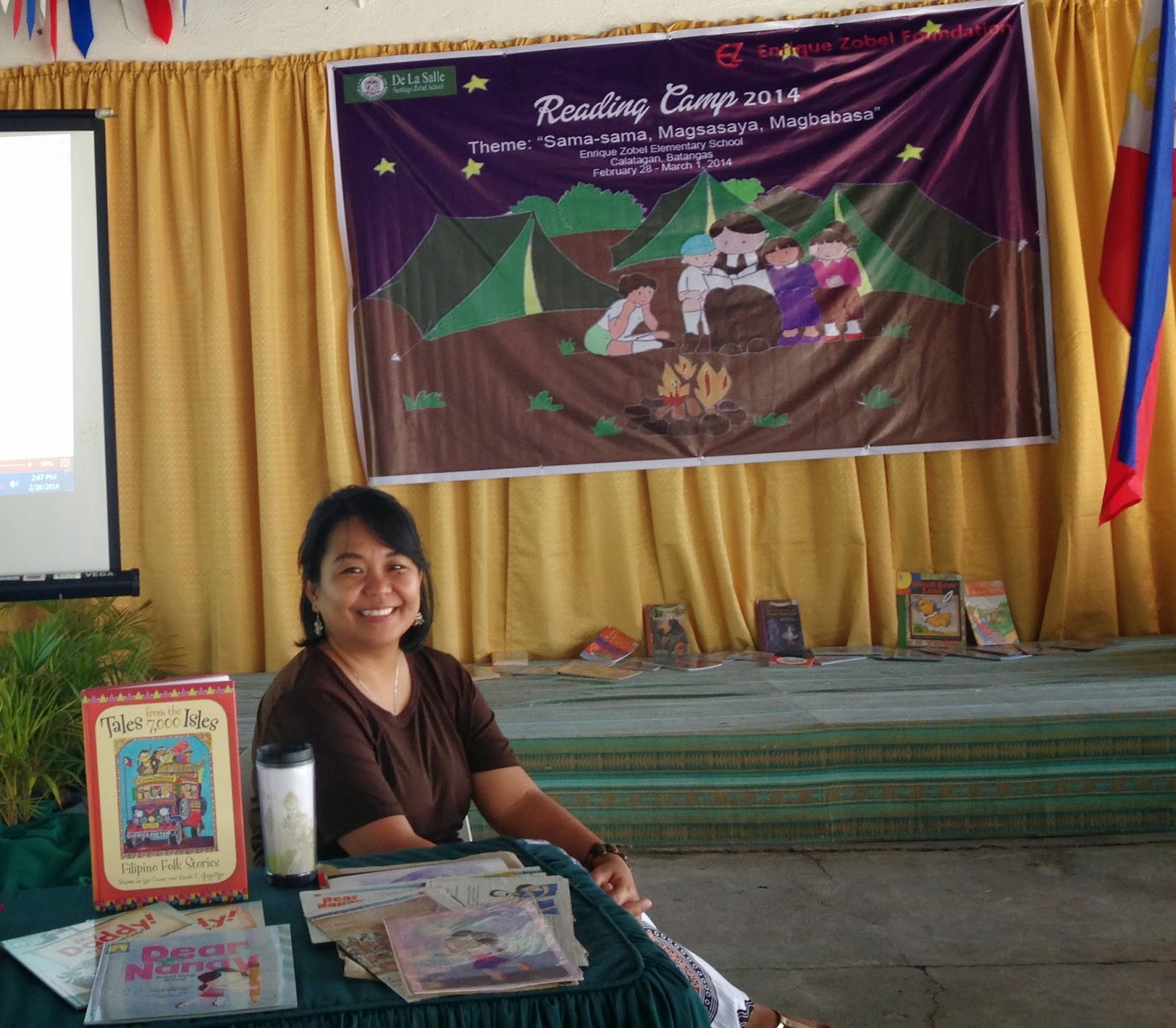 This was followed by a writing workshop. I first showed the kids a photo of a tomato growing in the garden. I made them read the questions. I asked for volunteers to answer the questions. The kids, at this point, were no longer shy at all but they needed prodding to be able to articulate their thoughts. I got the impression that speaking out is something they are not used to. What I emphasize in all my writing workshops with kids is the concept that all major skills in communication arts come into play in creating a story. I hope that they learned this despite the little time given to us. 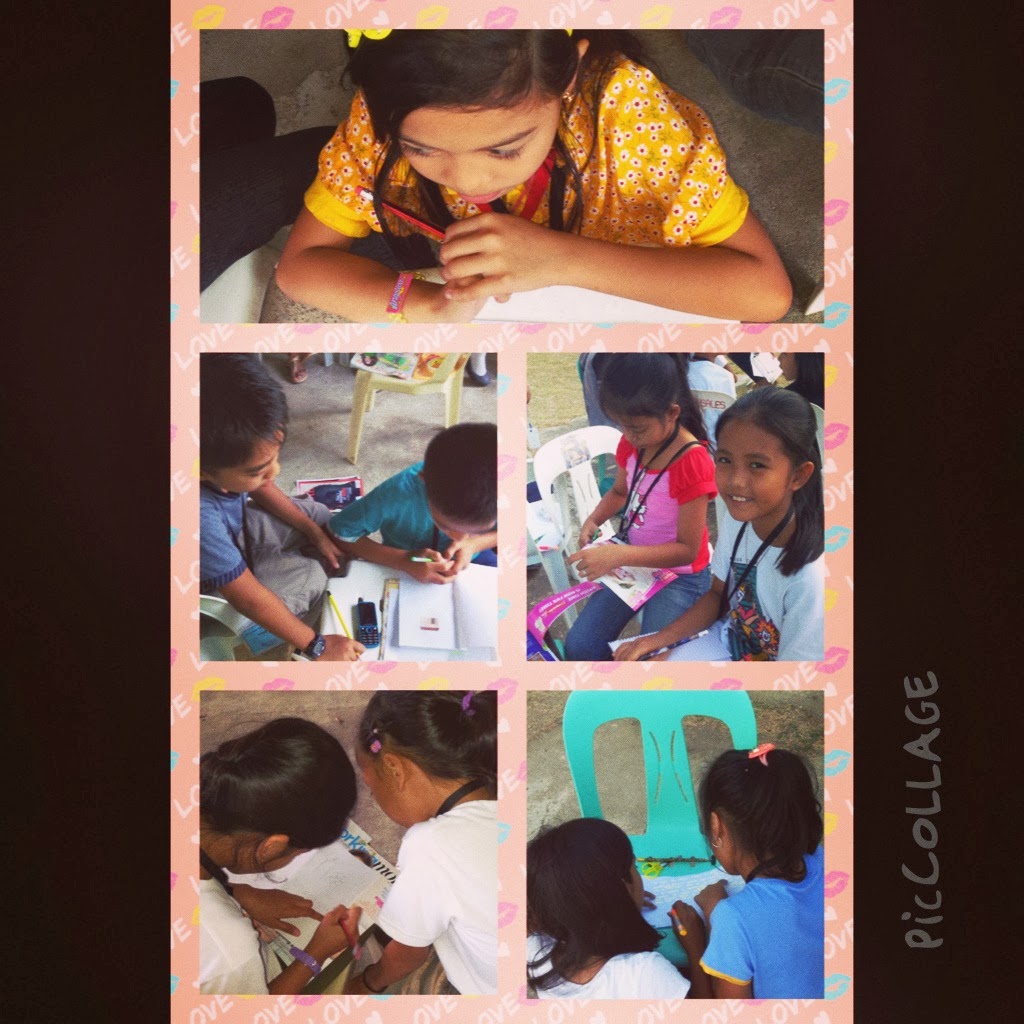 For an hour, they tried writing their own stories while some kids followed my picture prompts. Amazingly, five students finished their stories and they read these out loud for others to hear.

Working and interacting with kids now that I am a published writer is something I look forward to doing more often in the future!
Thoughts in action by Zarah C. Gagatiga at Sunday, March 09, 2014