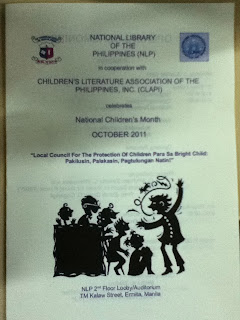 National Children’s Month has been celebrated every October since 1993, pursuant to Presidential Proclamation No. 267 issued by then President Fidel Valdez Ramos. The Proclamation was issued in line with Article II, Section 13, of the Constitution that
emphasizes the importance of the role of the child in the Filipino family and in nation-building. The Constitution further affirms the vital role of the youth and declares that the state shall promote and protect their physical, moral, spiritual, intellectual, and social well-being and inculcate in them patriotism and nationalism.

The annual observance of National Children’s Month is led by the Council for the Welfare of Children (CWC), a government agency mandated to promote the welfare and development of children in the country.

The initiatives undertaken all year which escalate during the annual celebration of National Children’s Month are meant to fulfill the CWC’s mission to ensure protection of children against all forms of abuse and exploitation, defend children’s rights, and ensure that they are given priority attention on all levels both by government and civil society.

When Dir. Antonio Santos delivered his opening remarks, he was so proud to inform everyone that the NLP is spearheading its celebration this year. He was happy to share the literacy development initiatives of the NLP and the many organizations involved in this. It would but seem fitting that such organizations collaborate to empower the child. Dir. Santos made mention of the National Children's Book Day celebration by the PBBY every July and how, the NLP extends this in the regions. 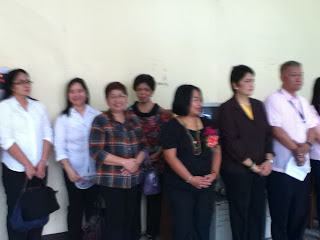 It was definitely good news to my ears when he told guests and friends present in the opening ceremonies last Monday 3 October, of NLP's trip to Davao and the public library there. They launched literacy activities there last July in conjunction with National Children's Book Day. The National Commission for Library and Information Science has launched once more the search for the best public library with a strong children's library services. Such wonderful news indeed!

I would surely keep myself posted on these literacy initiatives. Congratulations and more power to the NLP!
Thoughts in action by Zarah C. Gagatiga at Thursday, October 06, 2011